After Facebook posted an update on HipHop VM last week I was eager to play with it. So today I did. :-)

I installed a fresh Ubuntu Server 12.04 in VirtualBox and installed HipHop like this described in the documentation.

Then, I was not sure how to get the thing up and running. Luckily Nick Veenhof wrote a blogpost about testing HHVM with Drupal. I basically took his hhvm.hdf and adapted it just a little bit. Thanks Nick! It now looks like this:

Next, I set up an empty Symfony2 and Drupal7 project and started watching the /var/log/hhvm_error.log

Unlike Nick, I didn’t have trouble with MySQL / PDO (maybe because I compiled myself and Nick used the package). I looked into the github account and I think they actually do support MySQL and PDO.

I was unable to get Symfony2 nor Drupal7 up and running but I made it to their "config" pages after hacking some things out. For example, this was from the hhvm_error.log:

Here’s a screenshot of the Symfony2 and Drupal7 config page: 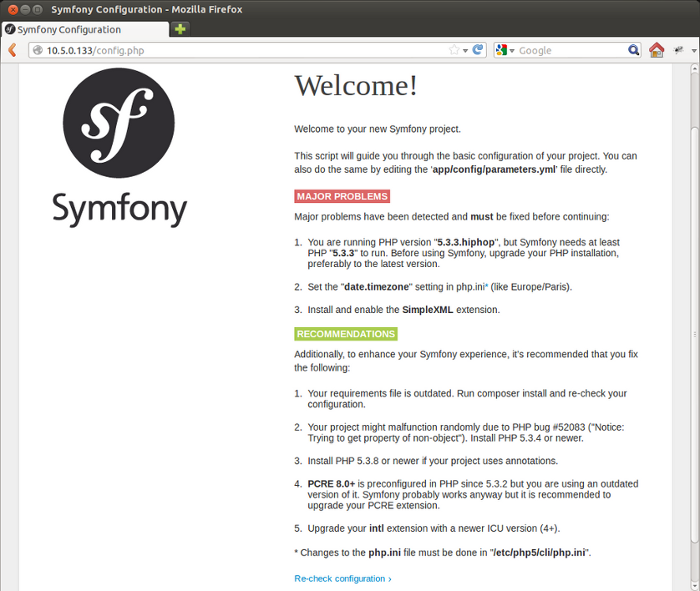 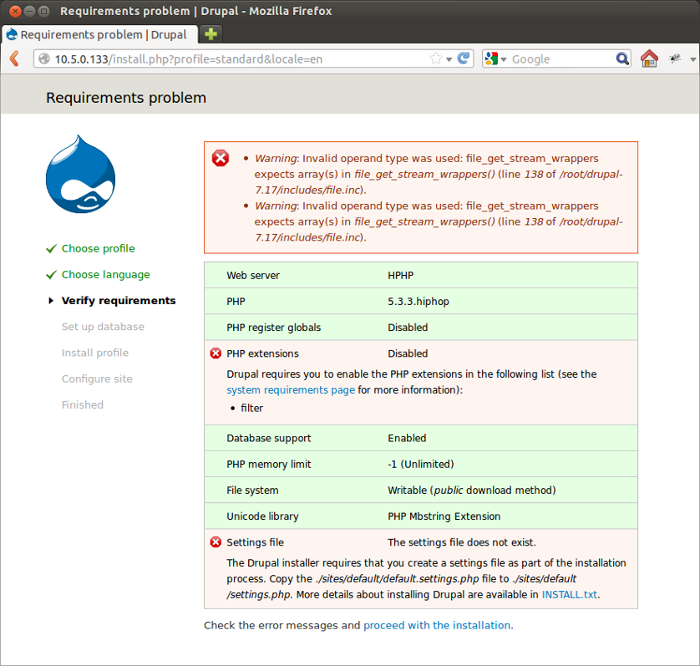 I was just playing around a bit and wanted to share the experience. I'm sure you can get this a bit further. Let me now if you do!